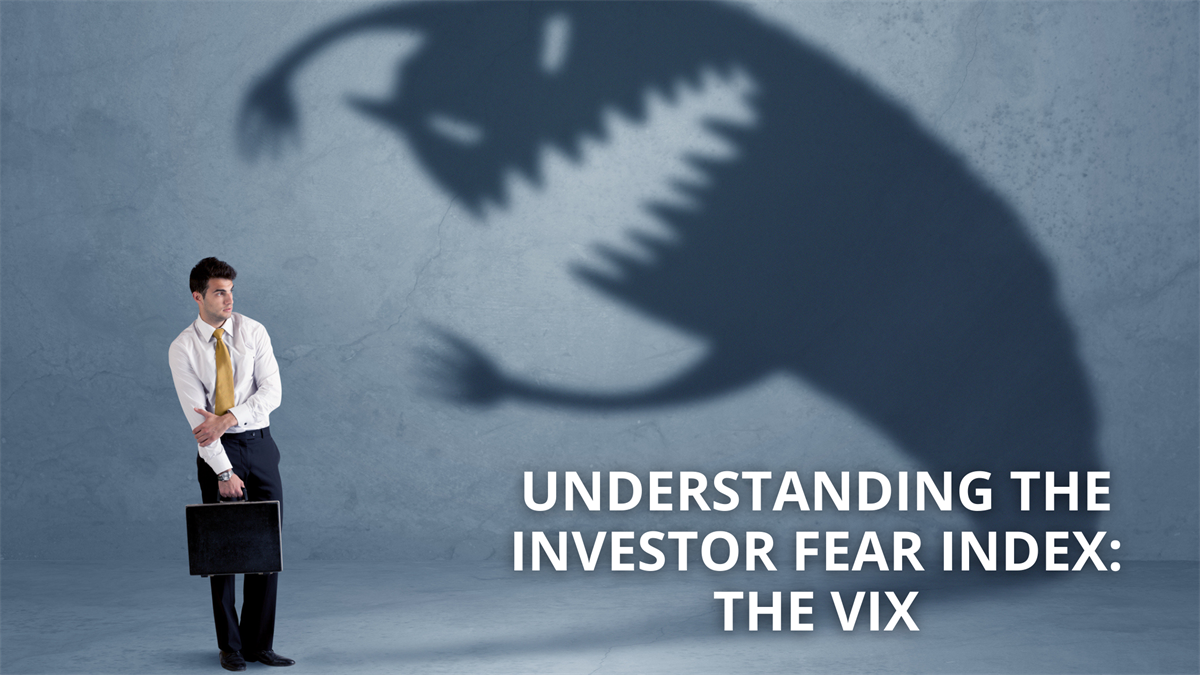 Market pundits often trip over themselves trying to determine the exact direction and extent of the market’s future movements. And as we approach Halloween, the fittingly named “investor fear index” is being scrutinized like never before.

Can declines in the VIX spell future market advances? And will October 2021 bring more “treats” this year? After all, the VIX peaked for the year back in January at 37 and as of mid-October, it sits in the high teens (about 17).

Referred to as the “investor fear index” or just the “fear gauge,” the VIX is the ticker symbol for the Chicago Board Options Exchange Volatility Index, which shows the market's expected volatility.

First introduced about 25 years ago, the VIX has evolved over the years and today it is a widely referenced measure of market risk – on a forward basis. That “forward basis” qualifier is important as it calculates future volatility and does not look backward.

Much like the individual stock prices of the 500 companies determine the value of the S&P 500 Index, the Chicago Board Options Exchange combines the prices of multiple options and derives an aggregate value of volatility – the VIX.

From an investor’s point of view, VIX values less than 20 are generally associated with less volatile and less stressful times in the markets.

On the other hand, VIX values greater than 30 are associated with a large amount of volatility, which increases investor fear – hence the reference to the “investor fear index.”

Said another way, when the VIX goes higher, it is considered a signal by many that investors are getting more worried about the market and taking action to manage their investments.

Although it’s usually not referred to in percentage terms, technically the VIX should be because it represents an expected range of movement of the

S&P 500 Index at a “confidence level” of 68% – which is one standard deviation of the normal probability curve.

See the difference? Which number elicits more fright for investors?

The Best and Worst Fears

Theoretically speaking, the VIX can reach any value from zero to infinity (it cannot be negative). In reality, the VIX has never been above 100 since 1990 and the highest value ever recorded was 80 during November 2008 – the peak of the financial crisis.

Although the market crash of October 1987 preceded the VIX, back-testing data shows that the VIX would have peaked at 150 on Black Monday (October 19, 1987).

The VIX hit an all-time low of 9.14 in November 2017, declining consistently throughout the remainder of that year, which is why technically 2017 was the least volatile year on record.

Since that time, the VIX has remained near historical lows and as of the middle of October 2021, it is hovering right around 17.

So if Fear is Trending Down…

Market historians are quick to point out that some of the worst stock market crashes, like those in 1929 and 1987, happened in October. But guess what? The stock markets are usually positive in October. Take the DJIA, for example: the last 50 years have brought us positive Octobers 60% of the time, with an average increase of 0.5% (whereas September has been negative most of the time with an average loss of 0.9%).

But if we do have a market correction – remember that corrections are healthy and beneficial because they prevent bubbles from forming – which occur when stock prices get clearly out of line with the earnings potential of the underlying companies. We saw the consequence of that in the awful 2000-02 and 2008-09 market wipeouts, when some people lost half their wealth or more.

Should investors make short-term investment decisions based on the VIX?

Most likely not, but they would be well-served by paying attention to its long-term trend.

Investing involves risks including possible loss of principal. No investment strategy or risk management technique can guarantee return or eliminate risk in all market environments.

Past performance is no guarantee of future results.

VIX: This is a trademarked ticker symbol for the Chicago Board Options Exchange Market Volatility Index, a popular measure of the implied volatility of S&P 500 Index options. Often referred to as the fear index or the fear gauge, it represents one measure of the market’s expectation of stock market volatility over the next 30-day period.

Dow Jones Industrial Average (DJIA), or DOW, is the most widely used indicator of the overall condition of the stock market, a price-weighted average of 30 actively traded blue chip stocks, primarily industrials. The 30 stocks are chosen by the editors of the Wall Street Journal. The Dow is computed using a price-weighted indexing system, rather than the more common market cap-weighted indexing system.

The opinions voiced in this material are for general information only and are not intended to provide specific advice or recommendations for any individual.

This article was prepared by FMeX.